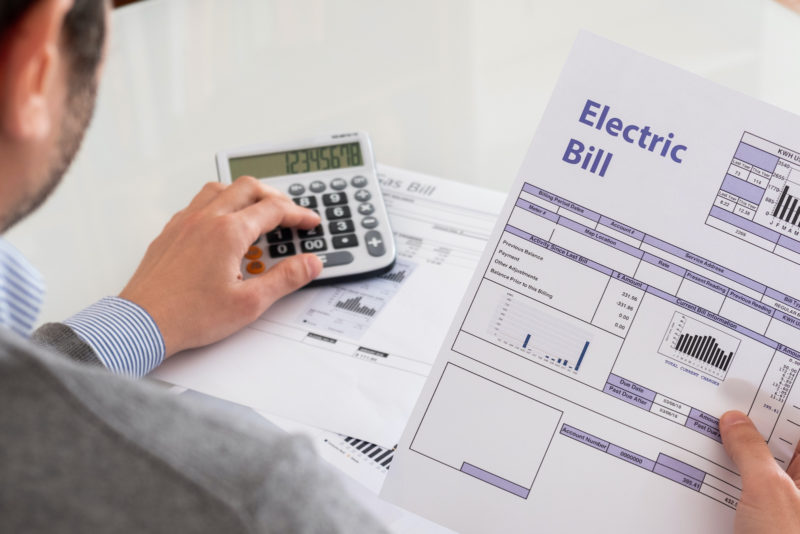 You’ve no doubt seen varying accounts of who price gouged whom in the great Snowvid, Snowpocolypse, or whatever you choose to call it. We still don’t have all the cold hard facts on why the price of electric energy went sky high during the weather event, and probably never will. It is still the subject of debate among several agencies, the state legislators up in Austin, and good ole guys and gals at every coffee shop, feed store, and burger joint throughout the state. So, we can’t yet tell you with certainty exactly what caused the extreme pricing, but we can tell you how Rio Grande Electric Co-op (RGEC) was able to shield its members from the vast majority of price spikes, as requested by several members, including a member from the Terlingua area, who we’ll call “Ms. T”. She messaged us via Facebook to say, “As a senior citizen living on Social Security, I was concerned when seeing astronomical power bills on the media. I called RGEC this morning and was told that they didn’t need additional power and that our bill would be nearly the same per kilowatt-hour (kWh). It would be great if in one of the newsletters (magazine) we receive monthly, if you explained how you obtain electricity and it is insulated from market fluctuations. Thanks for all you do for us!”

If you’ve ever shopped at Costco or Sam’s Club, you have a clue how buying in bulk can save you big money on the household items you use the most. That’s a little bit how buying wholesale energy works. The trick, whether you’re buying toilet paper at Costco or energy on the wholesale market, is to figure out how much you’re going to need for a given period of time -- without getting stuck with massive quantities -- and without running out at a critical time. You need to buy it when the price is low, so you’ll have enough to last through the times when supplies are low and prices are high.

Remember when toilet paper was so hard to find, and was being sold at a premium - if you could find it? That’s what happened to the price of electric energy during Winter Storm Uri.

The Electric Utility Council of Texas (ERCOT) put a cap on the per megawatt price of wholesale electric power, which was $9,000 per megawatt. The normal price of a megawatt is usually somewhere around $40. The price is purposely allowed to climb, in order to encourage generators to produce in certain critical situations. They have to make it worth their while to bring certain unused generation plants back online at breakneck speed to contribute power in a crisis. The question seems to be how long the maximum price was allowed to be in place.

When an electric utility’s rate is “variable”, its consumers may pay less than some other consumers on “fixed rate” plans at times, but when the variable rate climbs -- such as during Winter Storm Uri, they will pay premium rates. This is what happened to many in the deregulated areas, including those who had “astronomical bills”, to quote Ms. T. Rio Grande’s rates are fixed, and are reviewed, studied and have to be approved by the elected board of directors before any rate changes are made. It’s a process that usually takes several years.

What RGEC did to protect members from most of the increased cost of power, was to adequately foresee the potential need for power, and contract for it, locking in the rate when it was at normal pricing levels. In fact, RGEC usually purchases wholesale power in 5-year increments, with occasional amendments, such as one in early 2020. This prevented RGEC from having to purchase power on the open market, when energy was in short supply and the price per megawatt-hour was $9,000. The Coop did incur substantial emergency “ancillary and uplift” charges due to the storm, but made the decision not to pass this amount along to our member-consumers at once, as it would have been an “extreme” amount added to each member’s bill. At some point, after legislative and other wrangling have determined what the actual charges are, there will be a need to cover the final bill. Your elected board of directors will make the final determination on how best accomplish this without creating a hardship for members.

Some of you may recall that we mentioned at the time of the winter storm that the Power Cost Adjustment (PCA) portion of your bill would increase in time. The Power Cost Adjustment is one way of recovering costs over time. Last month, for the first time in well over a year, that amount was a positive number. All of last year, the PCA had been a negative amount - a credit (CR) on your bill. If you noticed it at all last month, the PCA charge on the bills which were due April 21 was $0.0050 per kWh. For a 1,000 kWh bill, this amounts to about $5. It’s certainly a far cry from the $19,000 electric bills some consumers received for power during the winter storm from some variable rate providers.